Today we went to the Mosque with our Pre-school and Tweenie children (2-4 year olds). We went into the first room and were told about how Muslims pray, ladies and men have separate sections for prayer time. We were told that as well as coming to mosque to pray, children come and learn the holy Quran (Holy book) and also Islamic studies in the evenings for 2 hours every day. We were shown the learning tables that they use to sit at, some of the children sat at the tables. In the next room we were shown five clocks with different times on, the clocks were read from right to left in the same way Muslims read the holy book from right to left. In this room one of the children saw the prayer mats and knelt down on it to pray. As we looked at the clocks we were told that these are the times of prayer. The sixth clock is the time for Friday prayer. In the third room were lots of pictures of special places of worship that Muslims visit, one of the children pointed  and said “Allah” (Arabic term for God) the person showing us around said it is the ‘House of Allah’. Another child started doing a finger prayer. Then another one put her hands together and said, “Allah hu Akbar” – (God is the greatest in Arabic). One of the gentlemen showing us around recited the ‘Azhaan’ (Call for Prayer) through a speaker it was loud and clear, one of the children really listened and then said, “Oooo, nice.” When we had finished we had a big drink of water and said “Thank you”, before coming back to nursery. 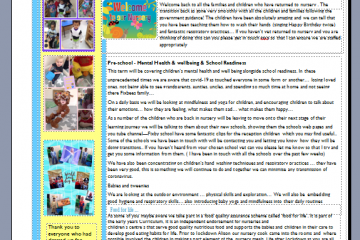 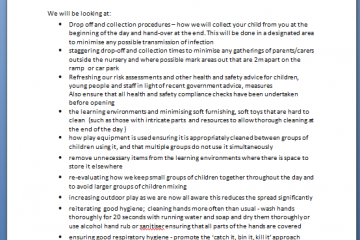 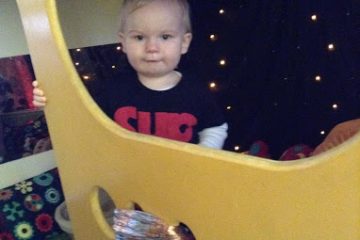 Who didn’t build a homemade fort out of bed sheets when they were little? Den building and den play brings a lot of joy and happiness to childhood and engages children for hours with endless Read more…